In many ways, 3D Robotics is vying to take on DJI with its new model, which it calls the “world’s first smart drone.” Just last week, the Chinese technology company DJI unveiled its ubiquitous Phantom series of drones, featuring a 4K video version. And only days later, we have 3D Robotics upping the ante with Solo, a more aesthetically appealing and stylish “ready-to-fly” quadcopter that directly faces up to the Phantom, in particular on the “flying” side of things.

Topping the spec sheet in the 3DR Solo are twin 1GHz Linux computers, one fitted in the remote controller and the other in the drone. The idea is that the new device has considerable power and space for “smart” features, without taxing the core flight computer. Of other important features, the drone will be able to offer live HD (720p) streaming of recording, direct from a GoPro Inc (NASDAQ:GPRO) camera onto your phone. Other key features include comprehensive autopilot features, numerous cinematic flight modes, and a swappable/modular accessory bay.

The Solo’s Linux function in the controller makes flying the quadcopter much simpler, executives said. The autopilot feature in the drone will assist in keeping the device stable in the air, while also equipped for carrying the GoPro HD cameras aloft. The Linux features, coupled with the controller, will align together to simplify both the flying of the drone and aerial photography from the camera.

The technology can also be programmed to orbit a specified object in the air or to follow a specific flight path. The new rollout is expected to gain traction among hobbyists. Also, it has numerous commercial applications and uses such as in construction and agriculture.

Historically, 3D Robotics has always marketed and sold its technologies and devices to its end consumers through online sources. The Iris+, for instance, is available at $750 apiece at Amazon.com. In a telephonic interview yesterday, 3D Robotics Chief Executive Chris Anderson announced that the drones will go on sale at 400 of Best Buy’s locations countrywide, which a spokesperson for the retailer, Ryan Stanzel, affirmed in an e-mail.

Continue reading at The Market Business 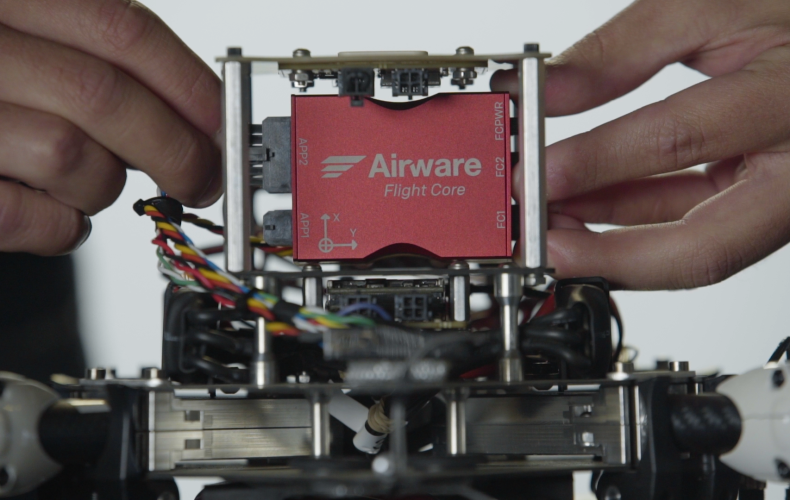 Airware’s operating system, known as its Aerial Information Platform (AIP) combines hardware, software, and cloud services to enable enterprises to safely operate drones at scale.  I attended an exclusive launch event and demonstration hosted by Airware earlier this week and was impressed by their mission planning software and total solution.

Airware hopes to become the standard for commercial drones by enabling customers to select vehicles and then mix and match hardware and software components to create drones for different jobs.  Airware is touting their platform as a safe and reliable alternative for enterprise customers who require more than consumer grade drones can offer.

“We designed the Aerial Information Platform for enterprise needs and created the most reliable, insurable, and extensible solution for operating commercial drones at scale.  We look forward to helping customers capture aerial data and make it more useful and actionable than ever before.” said Jonathan Downey, founder and CEO of Airware.

At a farm one hour north of San Francisco, Airware demonstrated their platform and introduced attendees to drone manufacturers and others who were currently using Airware’s system in the field.  The beta testing was conducted by Delta Drone of France, Altavian of Florida, Drone America of Nevada, and Allied Drones of California.

Drone laws in the UK – what are the rules?

Drones are taking off in a big way. Once the preserve of the military, unmanned aerial vehicles (UAVs) are now used in a wide range of industries, from aerial surveillance of crops to search and rescue operations to delivery of medical supplies to remote or otherwise inaccessible regions.

Civilian use of drones has also been growing, as consumer-grade devices become increasingly sophisticated and ever cheaper. Many people simply regard them as toys – the modern equivalent of the remote-control helicopter – while others use built-in cameras for taking photos and filming videos from the sky.

The rules governing use of drones are still evolving, as the implications of these new use cases become clear. For example, the House of Lords EU Committee recently called for the compulsory registration of all commercial and civilian drones, amid growing concern over the use of drones by private individuals with little knowledge of aviation rules.

At the moment, there is nothing to stop you going and buying a drone and taking it out flying, as long as the drone weighs less than 20kg and you are not using it for commercial reasons. However, you must avoid flying it within 150 metres of a congested area and 50 metres of a person, vessel, vehicle or structure not under the control of the pilot.

“That’s probably going to be fine if you’re flying the drone in your back garden, but if you’re in a park, for example, you need to be very careful about making sure you’re not flying it within 50 metres of other people who are in the park,” said Sally Annereau, data protection analyst at law firm Taylor Wessing.

Continue reading at The Telegraph 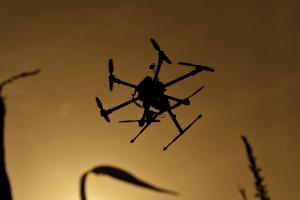 THAT drone buzzing round your head might be smarter than you think. Small drones with neural hardware resembling brains will soon share airspace with other aircraft, seeing and avoiding potential hazards autonomously. The ability will help drones take on a host of new roles.

Big firms like Amazon, DHL and Google are developing their own drone fleets for rapid delivery of consumer goods, fast food and pharmaceuticals. However, current rules restrict drones to flying within visual range of a human operator because of the risk of collision. Drones need an automatic “sense-and-avoid” capacity before they will be able to make deliveries on their own.

Computers capable of recognising objects in video and responding in real time are too big and too power-hungry for small drones. That means drones have to rely on short-range sensors like radar, which may not give enough warning to avoid a collision.

The key may be to mimic how animal brains work; our brains are poor at number-crunching but can process complex sensory input faster than digital systems.

Bio Inspired Technologies of Boise, Idaho, is doing just that. It is building a sense-and-avoid system using a memristor, a resistor with a memory. Like the synapse in a biological brain, the memristor changes when impulses pass through it. Crucially, it is able to remember the impulse after it has stopped.

This capability forms the basis of a learning system that mimics neurons and the connections between them. A chip-sized neural system linked to the drone’s existing camera can be trained to recognise aircraft and other hazards at long range. Bio Inspired’s drone should be ready for its first flight later this year.

Drones could get expanded role in real estate

Drones used for commercial use is currently prohibited but that may change soon. The FAA has received hundreds of requests for drone use activities and granted about 14 of them. There is a company in Arizona that was granted permission to fly drones for real estate listing and academic community awareness. Check out the Washington Post article here.